Just a quick post to say that I’ve added a new data set to the Neoichnology resources page. It’s an interesting [to me at least] area of beach sand trampled by horses (I think 2-3, but didn’t see the tracks being made), heading in two directions.

I recorded it for two reasons: The first is that the tracks show a very distinct anterior-posterior asymmetry to the depth profile, which we often see in fossil dinosaur tracks.  The second is that this is a fine example of something we see often in the fossil record – a series of holes with no obvious structure.  There’s certainly at least two sets, heading in opposite directions, and the proximity to the shore means they are oriented similarly (albeit opposite).

Anyway, the data is now posted in case it is of use to anyone. 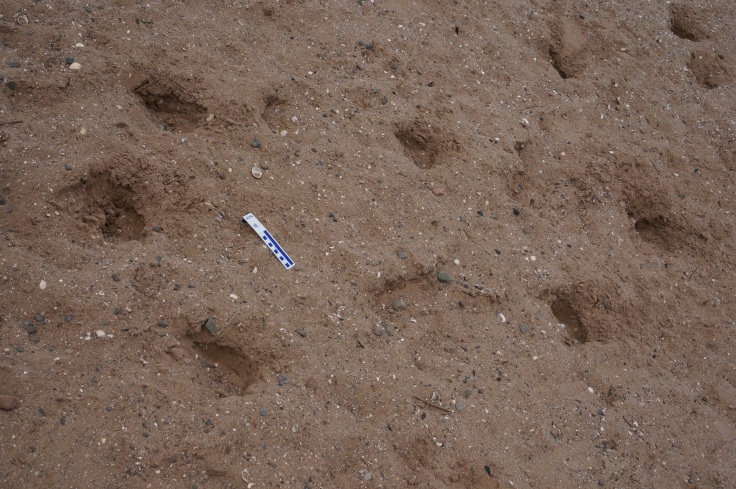